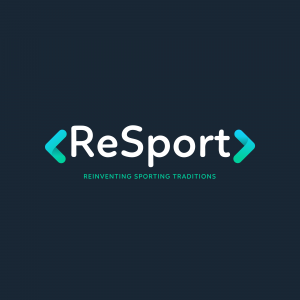 This project aims to reinvent, reshape and revitalize European Traditionals Sports and Games (TSGs) and adopt them to the digital trends and requirements of the 21ths century. Participation in TSGs not only contributes to enhanced levels of physical activity rates but TSGs can be effective socializing platforms by bringing people together regardless of their backgrounds. European TSGs can convey the values of diversity, inclusion, solidarity and cultural understanding, therefore they can counter the negative consequences of a digitalized, sedentary and often socially disconnected world.Through the collaboration of 6 partners form 6 different European countries, the ReSport project aims to reinvent and reintroduce Traditional Sports and Games into the daily lives of young European citizens.

TSGs offer European citizens and sports organisations the opportunity to build sustainable and ethical sport and cultural practices. Safeguarding and promoting
TSGs as sports practices and intangible cultural heritage is a key challenge for the future development of sport and societies.

Wherever it lands, the opponent team attempts to hit it from there towards their base. Whoever manages to hit the small stick behind their own baseline wins the game.

Alpaca should be played on a pitch or any other large area without a fence. You’ll need any kind of material to build a small pyramid and a ball.
The sheppards form a circle and an alpaca starts the game  inside that circle. A sheppard throws the ball to demolish the pyramid, but if it does not happen, another sheppard can try until the ball hits the construction.
Once the pyramid is demolished, the sheppard who threw the ball shouts a statement that is true to some players. They need to run into the circle and rebuild the pyramid as fast as possible. In the meantime the alpaka can catch the ball and occupy one the sheppards spot. When the pyramid is built, the sheppards run back to their spots. The one who could not get a spot, becomes the alpaca.

The two teams line up on both ends of the field. The kings of each team tell the knights which direction they can move. Knights can move three steps at a time. The two teams are taking turns and only one player can move at a time.
The steps can be simple like two midget steps, or combined like one giant step and two ant steps forward. If a player loses balance he or she will be out of the game.
Knights can eliminate other knights if they touch them on their turn. One team can win if they elminate the other team’s knights or cross their base line.

You’ll only need a ball and a minimum of 5 players for this game. One player, the “boss”, stands in the middle and the others form a circle around him or her. The player in the middle shouts another player’s name and throws the ball up in the air. The named player must catch the ball and others should run away as fast as they can.

The new player with the ball shouts another name and tosses the ball in the air. If the ball toughes the ground the person who could not catch it becomes the “boss”.
The new boss says iSTOP to make other freeze. He or she can make a step then a name a color. Those players who can tought this color are safe from the boss. In the meantime the boss tried to hit one player with a ball to make him or her the new boss.

Objective of the game is not to get caught by the sheriffs is you are a thief or catch all the thieves if you are a sheriff.
The players form two groups with equal number of people. One group is the sheriffs the other is the thieves. The games starts with the sheriffs counting to 10 with their eyes closed. During this time the thieves have to run and hide.
One sheriff can catch only one thief at a time and bring him or her to the jail which can be guarded by only one sheriff. The thieves can free each other by touching those who are in jail. The game has a limited area, so if a thiev lieves this area, he or she needs to go to the jail automatically.
If the sheriffs can’t find every thieves, they lose the game.